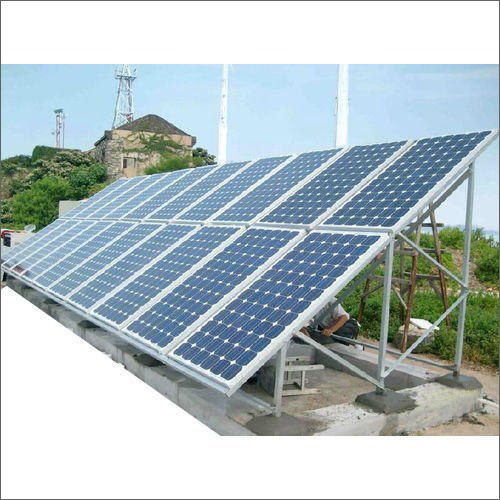 Solar Panel
After installation, there won't be much maintenance needed for your solar system. In most cases, cleaning solar panels is not even necessary. Solar panels may last up to 25 years if they are purchased wisely. You may achieve energy independence by utilizing solar panels along with a battery.
...More

Solar Inverter
The market for solar inverters has seen an increase in demand in recent years. That is as a result of individuals beginning to understand the advantages of converting to solar energy for both household and business purposes. In reality, solar inverter systems are rather common in places without a local grid.
...More

Solar Battery
Being more grid-independent is made possible by solar batteries. With the addition of a solar battery, you can power your home almost entirely with renewable solar energy. In order to use the extra energy your solar panels produce throughout the day when they aren't producing as much, you may store it in solar batteries.
...More

Solar Street Light
One of the many benefits of solar street lighting is that they are sustaining. A solar light operates automatically, doesn't need any user input, charges throughout the day, and turns on at night. This light is self-powered, thus it is not reliant on the grid for electricity.
...More

Solar Power Plant And System
The sun's energy is obtained through a solar power plant and system. Solar energy may be used to power homes and businesses since it is abundant and renewable. It is possible to incur upfront costs while installing a solar power plant. Your energy usage will be greatly reduced, nevertheless.
...More

Solar Water Heater And Geysers
Increasingly common these days are solar water heater and geysers. In a this, water is heated using solar power. The energy from the sun is then utilized to heat the water and retain it in an enclosed environment.
...More

Solar Panel Structure
The solar panel structure is what really fastens the panels to the roof, garage, or ground. It is an essential component of any solar system since not only is the system made to stay on the roof, but it will also be subjected to severe environmental stressors.
...More

Solar Freezer
Solar energy is used to power a solar freezer directly. The fundamental operation of the freezer is comparable to that of all other conventional refrigerators, although there are some subtle differences. It reduces your energy costs and is the best option for locations with little electrical power.

"We are mainly dealing with Punjab state."

Send Inquiry
Back to top
GURU NANAK ENTERPRISES All Rights Reserved.(Terms of Use)
Developed and Managed by Infocom Network Private Limited.

For immediate response, call this customer.